Nothing  can go wrong and that includes transport, not only for the bride and groom but for the guests too. Limosines, minibuses and buses will be at your disposal. The instant in which the newly- weds are driven away in the wedding car it is a moment that remains in the memory.  For this reason you might be interested in some clasical cars or even extravagant cars that will not go unnoticed. Another suggestion: If you also have time and you add the typical string with tins and the ´just married’ sign it will be for sure a very funny  detail to talk about with the guests.

Or Sara and Virginia … whatever you choose. Long-time friends and partners in wedding planning, we offer to accompany you on this adventure.

Casarseenibiza.com was born seven years ago, when we realized that we, who have grown up, have fallen in love and married on this beautiful island, we could guide those couples who also want to live that dream. All creation requires an intense dedication, we must devise proposals, compare them, rectify them and finally merge all of them to achieve an outcome that lives up to everyone’s expectations. And this is where the team of casarseenibiza comes into play. We get there where the couple can not be, we work side by side with each couple, always respecting their preferences and sticking to the budget as if it were ours. We also offer you a seven-year experience organizing weddings, something that is priceless, we know the island by foot, its most special corners, the services it offers and the professionals behind it. For us it will be a privilege to help you make your wedding in Ibiza a reality. 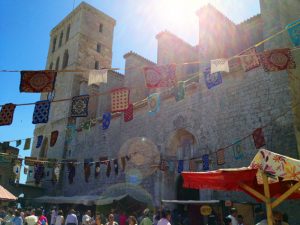 Stop dreaming, get married in Ibiza

Casarseenibiza was born seven years ago with the illusion of paving the way for all those couples who decide to embark on the wonderful adventure of celebrating their wedding in Ibiza.
Having passed ourselves by that experience we realized how good a help had come to us. And that we have grown here! And if to that personal experience we add that we know every corner of this island and that we have accumulated enough experience in the field of wedding organization, all this makes us sure that the content of this web will be very useful.

We offer you a gift that can help you make your dream come true and you just have to click to get it. Ideas to make the most of the celebration of the link in Ibiza, a selection of suppliers each of the services needed to organize the party, examples of our work and the opinions of our customers and, best of all, response to Many of your doubts.

Casarseenibiza makes it very easy, whether you decide to hire us to be your wedding planner (taking care of the complete coordination of your wedding or just the management and contracting of certain services) or even if you opt for a small online advice. We adjust to your needs and offer you a wide range of rates and possibilities that we expand at the same pace that we receive your requests.

And now we also offer, for example, to decorate the space of the ceremony and the party, without it is necessary that you hire us for the whole organization. In addition, we are in love with this island and we will keep you up to date with proposals and ideas so that when you travel to the island you get the most out of it. So do not hesitate to give the ‘I like’ to not lose any of the news of Casarseenibiza.